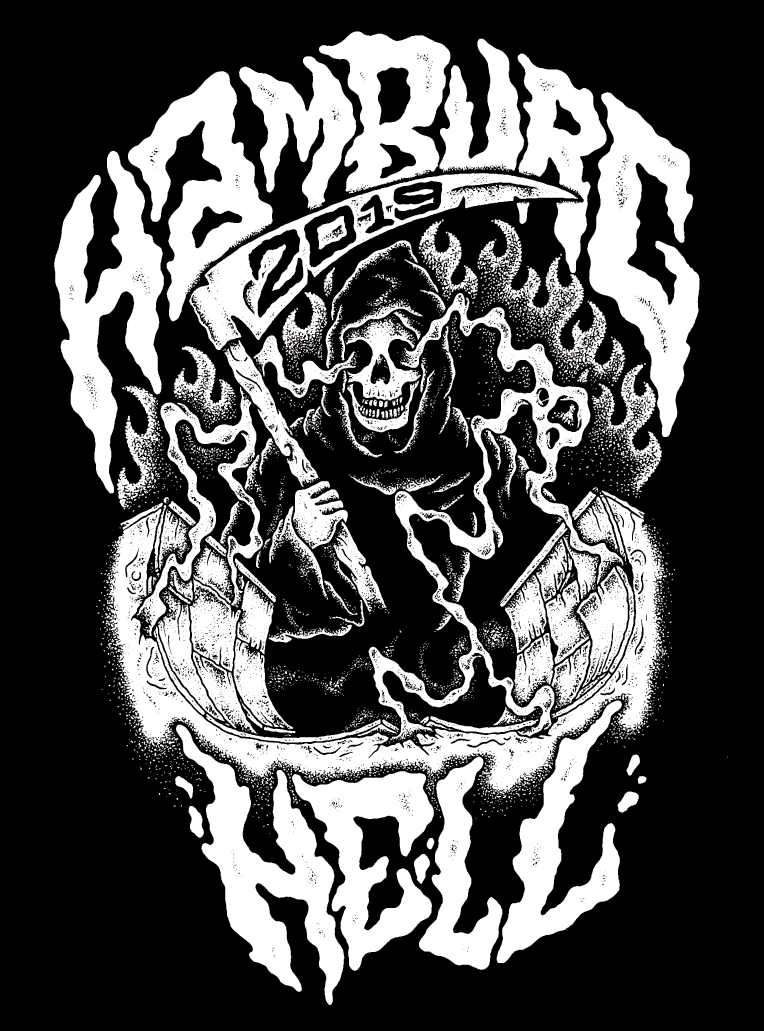 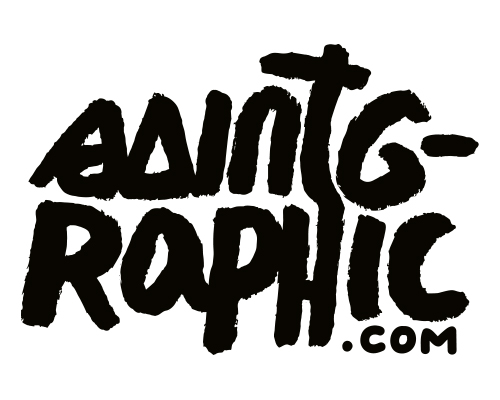 I can help you with building your own clothing brand from scratch or with making a merchandise collection if you are an artist/label.

I am also open for collaboration involving the design of custom fashion products from scratch.

Hi there! I’m Silvy Maatman, a freelance (tour) photographer/merchandiser. I’ve worked with some amazing artists/bands through the years and would love to expand my network. My photography work can easily be found online. And if you want to know more, please get in touch, photography or merch wise!

I’ve been an independent agent for over 4 years now. I belong to the road and would like to experience more about the touring side of the industry.
As an agent I know what a TM need regarding advancing sheet, budget, schedule etc…
I’m also a photographer and merch seller.
I speak French and English fluently and speak a bit of Dutch as well.
Very important: I accept jokes about my firstname… I even make jokes myself 😉

I offer:
– Full merchandise service. I have all the equipment and cases to tour smoothly. You give me the merchandise and I sell it.

– Backline Tech. I have worked as a backline technician since 2010.

Sean is a very hard working young man with over 10 years of experience in the music industry through various forms, be it working for the largest and number 1 musical retailer in South Africa as the shop guitar specialist for numerous years, to hitting the road in South Africa, Europe and the UK with international progressive rock gods, Wishbone Ash, as sole backline technician as well as guitar technician for the tours. Sean is keen and always excited to set off on the road and work as hard as possible to make the program run as smoothly as possible.

-Guitar and bass guitar set-ups, maintenance
and restrings ranging from standard fixed
bridges to full floating tremolo bridges.
-Backline servicing and maintenence.
-Stage set-ups, management and coordination.
-Drum kit setting and maintenance.
-An understanding of live sound in order to
assist sound engineers wherever possible.
-Electronics skills ranging from soldering to
extensive pedal knowledge and maintenance
and repair of guitar electronics systems.
-Excellent people-skills, great at working with
people of all kinds from all over the world.

Sean does not partake heavily in alcohol, and neither does he partake in drug abuse.

If you need a hard-working, good spirited and easy to work with backline technician for your tour, local shows or even general maintenance, Sean is your go to technician.

Have stuff you want to sell? Have it bunged in your van/trailer/tourbus and need a travelling member of merchandise staff to set up, take stock counts, sell to customers/fans/guests, packdown, and generally organise your shit? Got a space in your mode of transport for an extra team member who’ll travel with you? Contact The Merch Fox.

Mission:
To be your merch girl extraordinaire. To sell your stuff, to your people, at your prices. The party is at the table. Find my endorsed details on Eventric. https://crew.eventric.com/themerchfox

Cool people I’ve sold merch for in the past:
The Joy Formidable (x 3 tours)
I’ve also helped out the sublime Laura J Martin, The Moth and The Flame, and Demob Happy.

The Malko Tour Service is part of The Architect’s Van Malko Group. We are experienced professionals who have operated in Europe for many years. We provide numerous tour services such as driving, vans (with luxury custom splitters), back line support, crew, management and tour planning (booking accommodations, routing, etc.). All types of music are welcome on board.

I am a touring merchandise manager with Mills Entertainment – currently on tour with The Dolan Twins and Alex Aiono. Contact me at sarika_913@yahoo.com. I can do small gigs or larger gigs – for any period of time. I am very flexible and always want to stay busy even on my off days. My reputation proceeds me as a merch manager. Every seller that has worked with me has had a great experience and nothing to complain about. I love the merch game and approach each gig with a great attitude ready to sell your merch to the best of my ability. You can trust me behind the table.

I’m a graphic designer specialising in Merchandise and Apparel design within the music industry. I have experience working with many world renowned artists and companies.

My services include apparel design, identity/logos, posters, packaging and any other web and print design.

We offer everything you’ll need on the tour so you can get everything in one place:
· Van rental – comfortable van that’ll get you and your stuff anywhere you want
· Professional backline – helping you rock anywhere you want
· Experienced driver – reliable person who will take care of you and the van
· Booking – although we’re not a straight-up booking agency, we have a lot of friends and connections with bookers so we’ll be happy to help filling out those empty spaces in your tour book
· Merch – we offer complex merchandise service, including clothes, accessories and gadgets
· Tour management – we can book the ferries, hotels or anything else you’ll need so you can focus on playing and having fun
· No kilometer limits – we understand that you have gigs both in Greece and Portugal and there won’t be any extra costs because of that
· Best prices – we’re here to help you, not rip you off

We realize that every band and each tour is different. That’s why we don’t have fixed prices but we set them individually. Please contact us at kaoz@kaoz.eu or via facebook to get your price!

We’re located in western Poland within really small distance from most major airports and ferry ports.

In sume, Backline is my passion, but my experience with shows and stages goes way behind that (also as a musician, tour manager/ Road manager, even Runner…)

I`m available for touring as a Roadie wherever it takes, preferentially Europe.

I cater for independant / undergorund artists, dealing one on one and with complete openess. Working as a freelance tour merchandise saleswoman and merchandise production manager. Straight forward, serious with a good sense of humor.A passionate worker.
I also create custom packs for bands working in detail and unqiue pieces for releases.
Languages : English and French

I am an independently contracted tour merchandise retailer and merchandise manager. I am extremely responsible and always put the band before myself when it comes to making money. At times I have handled 3 separate merchandise tables at once for 3 different artists because I have amazing multitasking skills. Even in school I excel in mathematics and have proficient money handling skills. During tours I like to keep tour inventory professional, neat and organized using Microsoft Excel spreadsheets. As well I have a super positive attitude and a grounded head on my shoulders so even in the most stressful of tour situations I can keep cool and just get done what needs to get done. My music knowledge is vast and the most important component of my life, I play in 3 bands when I am not touring and doing merch and work at a custom tattoo shop and occult art gallery in my free time at home. I Live in Philadelphia, Pennsylvania in the USA. I can travel when necessary and especially for when you’re company is part of American tours I will be your top representative if you like. So far all of my experience is from friends in the actual bands who know i do a professional job, look out for the bands above my own interests and am a cool person to be around!!

I do sound for venues and bands, I manage the hell out of your stage or production, also I’m a drumtech(yes I will treat your kit like it’s the most precious thing on earth…). I started my own studio in late 2011 and every now and then I do some sitecrew too.

Waterland Productions is a backline rental company based in Holland.
We have a comprehensive supply of backline in stock, including new and vintage gear.
We supply backline for touring bands, festivals, venues, theatres, etc
All our gear is well maintained and in perfect condition.

We are two friends from Amsterdam and Nijmegen, the Netherlands. After years of touring trough Europe in DIY bands we decided to start our own van rental/toursupport company.
We try to keep our vans affordable and we’re easy to deal with.

Please get in touch if you want to know more or if you have questions. 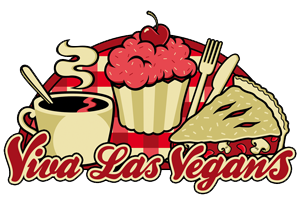 I’ve been involved in the underground music culture since my teenager years, and been drawing non-stop since then, creating artworks for bands, labels, venues and such.

Easy to deal and really serious, let’s get a nice deal together !

My name is Bram Vergeer and I’m a freelance filmmaker, fixer, tour manager and tourguide based in Amsterdam (The Netherlands). I’m specialized in offering affordable and flexible allround tour services: accompanying bands on their tour through The Netherlands and surroundings: Picking them up from the airport, driving them around, translations, hotels, planning, etc. I speak six European languages and I’m an experienced traveler and guide. More information about me and my work can be found on www.bramvergeer.nl.

I’m Tim, and have been drawing stuff all my life.
I like robots and horrorthemed stuff. 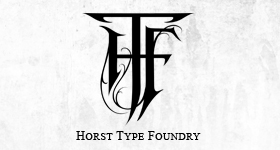 I am a perfectionist, and I have been immersed in type and logo design for over 15 years. I strive to surpass my past work in every project.